The human’s brain neural activities have a phenomenal influence on the way we perceive the world around us, even though we don't consciously take part in all the ongoing processes. Cross-modality of our basic senses is one of the possible examples.

As we discussed the concept of cross-modality in my previous article, I won't delve into the matter here. Instead, I recommend you to follow the link below and get acquainted with the principles we laid down there (if you missed it, that is) before we proceed, as our today's endeavour will operate on some of them.

So, shapes. Everything you can currently observe in front of you has a shape. Some are simple, some – complex, circular, angular, even, uneven, follow a noticeable pattern or are rather random. What's important, though, is that geometry has both direct and indirect impact on our perception.

Numerous studies have demonstrated that we tend to give higher rating to the drinks presented in receptacles we perceive as congruent with the liquid inside in comparison to those we deem incongruent.

Cross-cultural studies by Wan, Zhou, Woods and Spence (2015) show that people are willing to pay significantly more money for a beer, if it is served in a dimpled beer mug rather than in a wine glass.

'How is this relevant to my favourite drink's flavour?', you may ask. How can a mere appearance of the receptacle it has been poured into have any influence? Well, let's dive deeper into what we outlined in the previous material and discuss how geometry can both enhance and ruin the flavour of any beverage. I'll focus on four specific types: wine, coffee, beer, and carbonated drinks. Shall we begin?

The effect of wine glass's geometry on the perceived taste

Probably the most common example of the receptacle’s impact on the flavour of its contents stems from the world of fermented grapes. We have heard countless times about particular glasses to be more suitable for white wines, others for red ones, sparkling ones et cetera. And while today we won’t be looking into specific variety-related glasses, we’ll concentrate on the scientific research around the topic… and bust a myth in the process.

So, a few years ago, I went to this wine tasting that turned out to be more of a 'glass tasting'. We were given the same wines, which we then poured into differently shaped wine glasses, and were informed that each wine will taste better in a glass designed specifically for the given grape variety.

Indeed, the perceived flavours were changing based on a glass's geometry. The issue is, though, that we were told the reason behind this notion is that the wine flows differently into our months based on the shape of the top of the chosen wine glass, hitting different parts of our tongues and interacting with different types of taste receptors.

This misconception is based on the widely popular, yet outdated, information that our tongues are mapped into areas dedicated to each of the basic tastes, which is simply not true.

At the same time, I did feel the difference in the taste of the same wine in glasses of various shapes. Why? Technical measurements show that the chemical composition of the aroma in the space over the wine is significantly affected by the shape of the glass.

The question is whether social drinkers are capable of catching these differences?

And while I didn't manage to find any studies to either prove or disprove the direct impact of a receptacle’s shape on the wine’s flavour, my guess would be to blame our cognitive processes rather than the flow of the liquid. After all, during that wine tasting we were informed beforehand that we should expect not-so-subtle differences in flavours, and we did.

Both Dalton, P. (1996) and Sakai, N. et al. (2004) studies show that external information affects the perception of odour. When the participants were told the odour in the room was healthy, the reaction was positive. When the same odour was classified as hazardous – negative reaction amongst the partakers were observed. I think it wouldn’t be too farfetched to extrapolate their findings to the perception of taste as well.

Okay, since it is not fully proven that shapes have direct impact on the perceived flavour, how about indirect? Let's have a look at the studies of other beverages and see what we can find.

Boosting the fruitiness of your favourite beer

In 2017, Mirabito et al. conducted an experiment during which pale ale was served in beer glasses with rounded and straight sides. The geometry didn't influence the ratings of aroma pleasantness, sweetness or bitterness. Fruitiness, on the other side, was 13% higher in the curved glass. Intensity of the beer's flavour was also up 6%.

What's interesting, going back to the wine for a second, Hummel et al. (2003) found that the fruitiness of both red and white wines was significantly higher in rounder (bulbous) receptacles when compared to the straight-sided ones.

Angularity also seems to have an influence on the perceived taste. We'll cover it in a moment when looking at studies on coffee and hot chocolate, but it does make you wonder whether marketers (just like me) use all this knowledge when designing brand-specific receptacles…

For instance, Stella Artois’s chalice has angular shapes in its stem. Sam Calagione, owner at Dogfish Head, describes their custom India Pale Ale (IPA) glass as an 'olfactory cannon' that allegedly aggregates and propels the aromas straight into the consumer's nose. Samuel Adams deemed their specifically designed glass as 'Perfect Pint Glass', detailing how each specific design choice made their beer taste even better.

According to the trade press, matching beer to its branded glassware can boost sales by as much as a third. Which is probably why more and more beverage brands are being associated with specific glassware or bottles design.

In the year 2016, van Rompey et al. decided to test whether a receptacle’s surface texture can influence people's ratings of bitterness and sweetness of coffee and hot chocolate. To eliminate the possibility of a cup’s internal geometry having any impact on the chemical structure of the drinks, nearly identical cups were prepared using 3D printing technology.

The internal parts were the exact copies of each other and the only thing that was different – an external design of the cups. Surface texture, to be more precise. One had a rounded pattern, another – angular.

After testing 160 participants, the results were in:

Another way both round and angular shapes can influence our perception of the coffee taste was discovered in 2015 by Van Doorn et al. This time, latte art became the main target of the researchers. When asked to rate the quality of the served coffee, participants:

Who even cares about boosting the taste of a cola drink or sparkling water?

One hundred people took part in a 2017's study led by Cavazanna with the aim to evaluate the way aroma of a cola drink and sparkling water could be affected by a type of vessel they were served in.

Three receptacles were selected: a cola glass, a regular, straight-sided water glass and a small plastic bottle. Intensity, sweetness, sourness, saltiness, bitterness and carbonation were expected to be rated during the experiment.

What's interesting, and has been highlighted by the scientists, is that there's a chance that the flimsy tactile feeling of the plastic bottles might have biased people's ratings.

Also, the above results could be influenced by the fact that drink–receptacle congruency can stem from the way we’re used to consuming a selected beverage. Hence, if you enjoyed drinking cola drinks from designated cola glasses, our brains are likely to deem other combinations incongruent and subsequently mess with our perceptual experience. Mind-blowing stuff.

As you can see, the number of little details that can impact our perception of taste is rather high. It is also difficult to assess the real reasons behind each study's results, as our feelings are hard to measure.

Some studies (eg Westerman, Gardner, Sutherland, White, Jordan, Watts, & Wells (2012)) showed we tend to prefer curvature to angularity, and thus default to making subconscious choices accordingly. Yet, it might be worth utilizing the findings we discussed today and switch to angular receptacles to enjoy drinks with bitter or sour notes.

And that's where, I think, I'm gonna leave you today. Hope this piece was of interest… and maybe even worth sharing with your friends? *wink-wink*

I also invite you to join my newsletter below, so I can ping you whenever I release something new. For now, we shall part our ways. Ciao! 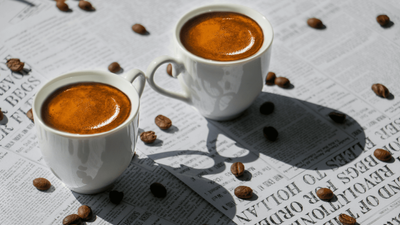 Brewing a cup of perfect Italian espresso at home, according to an ISO standard

Flavours are not what they seem: sensory complexity and cross-modality of the perceived taste 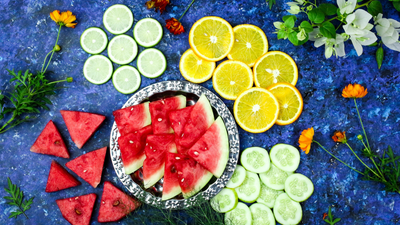